Diawi is growing, we just passed 7'000 uploads per day and almost 30'000 installations. With that, new kind of usages seem to be appearing on the service that are not as welcome: Diawi is a tool for app developers and their testers, and we intend to remain that. We'll also enhance the support of in-house apps distribution as soon as Premium accounts are available.

That being said, Diawi is not a storage service nor an AppStore alternative for jailbroken devices, so we have to update the rules on app expirations.

On the self-service, which is here for quick/one-shot app testing, no strings attached, uploaded apps will expire quickly:

Currently, most apps are installed less than 5 times and within 2 days after the upload, and their average size is 20MB, so these new rules should be more than good for most usage.

On the free account, which is more for simple app management, though premium accounts will have the real management features later, uploaded apps will have a bit shorter lifespans too:

Currently, most apps uploaded with a free account are installed less than 10 times and within 5 days after the upload, and their average size is 30MB, so these new rules should well match most usage.

All the details are available on the Features & Services page.

While most development app testing works well with these lifespans, and that's what Diawi is mainly for, we also want to support longer use cases: in-house app distribution, long term enterprise testing, ... The premium accounts, coming this august, will allow longer lifetimes: 10 days after last installation, 100 installations, up to 1GB, and additional extensions (+3 months, +1 year, ...).

We'll be happy to discuss this below in the comments, on Gitter or by support tickets. 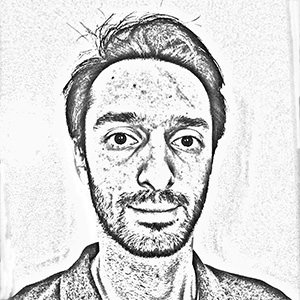 Diawi is a tool for developers to deploy Development and In-house applications directly to iOS and Android devices.

This blog is about news, tech stories and tips on app deloyment.

Made with love in Paris, France.